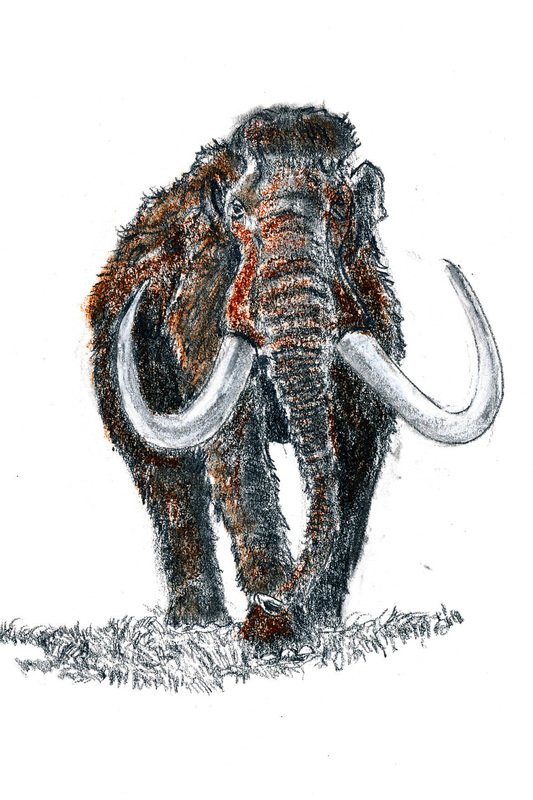 Three species of elephants inhabited North America at the end of the last ice age. The best known of these is the woolly mammoth (see also Columbian mammoth and mastodon chapters). It ranged across Europe, Siberia, Alaska and the fringes of the southern North American glaciers wherever suitable habitat could be found. Its preferred habitat appears to have been a type of grassland known as the Mammoth Steppe.

The Mammoth Steppe existed for the most part across parts of Siberia, Beringia, Alaska and the Yukon. It was a dry grassland, swept by winds with few lakes, streams and rivers but it was rich in grasses, sedges, forbs and sages. Lions, short-faced bears, wolves, caribou, muskoxen, antelope and woolly mammoths all called it home. Today there is nothing like it on Earth. It is a vanished habitat, replaced for the most part by tundra. The key ingredient, as we will later in this book, to maintaining the Mammoth steppe appears to have been large mammals capable of disturbing the soil and altering vegetation. Remove them from the picture and the area becomes tundra-like.

Something very much like the Mammoth steppe existed for a time south of the glaciers as well. Stretching across the northern States and into southern Canada it provided a suitable habitat for many (but not all) of the animals and plants found farther north.

This steppe probably acted as a barrier between Asia and North America. Animals that could tolerate the dry conditions were able to cross both ways but others could not. Horses and camels appear to have crossed it without problem but woolly rhinos, giant ground sloths and Saiga antelope were unable to cross from their home continents.
Sometime about 100,000 years ago the woolly mammoth made the crossing into Alaska and then into the southern portion of the continent. The mammoth’s teeth were well suited to chewing grasses. The raised enamel ridges were excellent for grinding up the tough plants in order to extract the energy they contained.

Their coats were much like the coats of muskoxen. Long, dark guard hairs –almost a meter in length (3 feet) were its first line of defense against the cold winds off the ice fields. Under this was a fine under wool that trapped the animal’s body heat. A thick layer of fat also gave it extra-insulation. Like muskoxen woolly mammoths molted in the summer.

These animals lived in herds, which like modern elephants, were probably led by an older cow, Bulls would have left the herd at puberty (12-14 years old) and would have sought out the cow herds when they attained the size and stature of mature males. Tusks in the males were long, curving structures over 4 meters (12 feet) in length. They would have been used for a couple of purposes. Although popularly thought of as weapons against predators, tusks were most often used to scrape away snow to aid in reaching grasses and other vegetation. Both males and females would use them to move competing woolly mammoths away from a desired resource be it food or a potential mate.

There is much evidence of human use of these animals in Eurasia where there bones were sued to build homes and tools. That they were hunted is beyond doubt. Hunts featuring mammoths were painted on cave walls. There is evidence of hunting and butchering in Alaska and the Yukon as well. Woolly mammoths became extinct in these areas long before they did south of America’s glaciers.
​
There is some evidence of hunting here to but very little. Most discoveries of woolly mammoth bones in the south show no evidence of charring (being cooked), being butchered or any other signs of human activity around them.
The woolly mammoths appear to have become extinct in North America about 10,000 years ago. The last of their kind survived until as recently as three or four thousand years ago on Russia’s Wrangel Island. The pyramids and Stonehenge were being built when the last living mammoth died.

​Note: This material is from an unpublished manuscript.
All images and text are copyright © 2016 J.D. Taylor Senses of Wildness Inc. These images may not be used in any form without permission. All rights reserved. 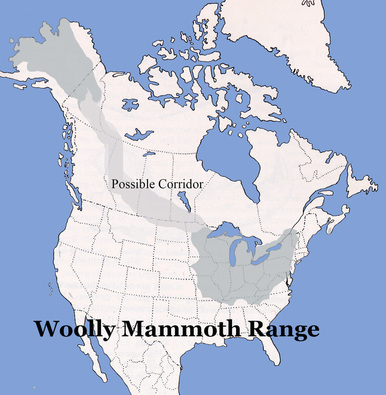 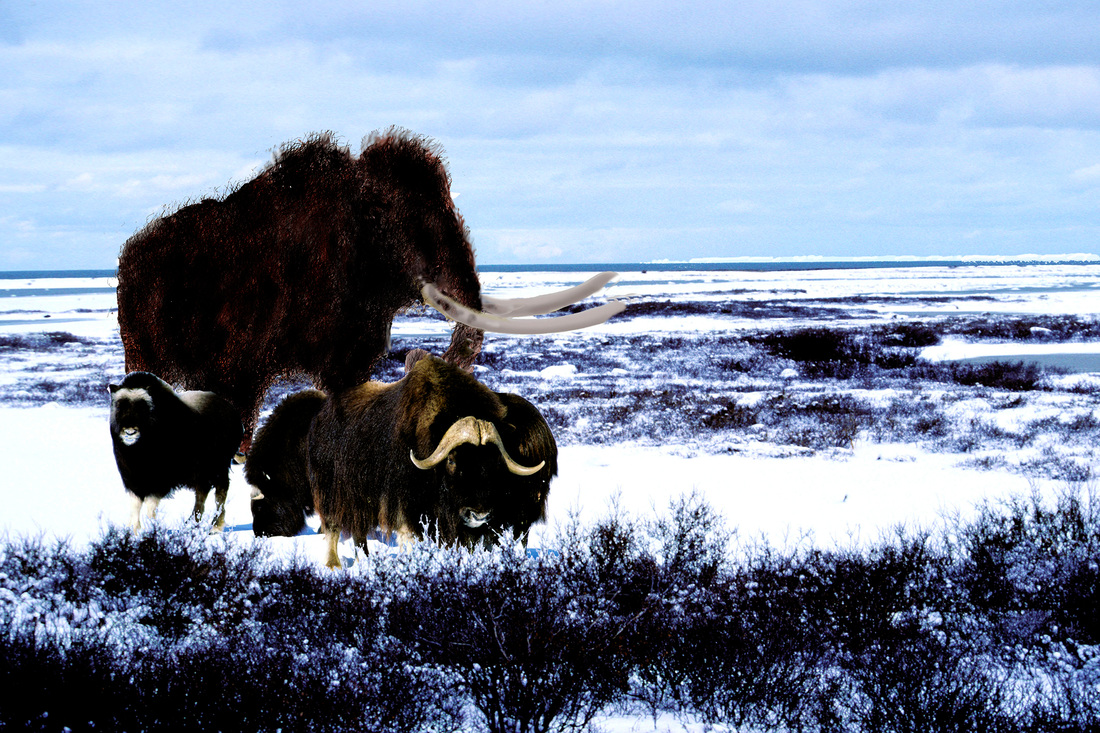