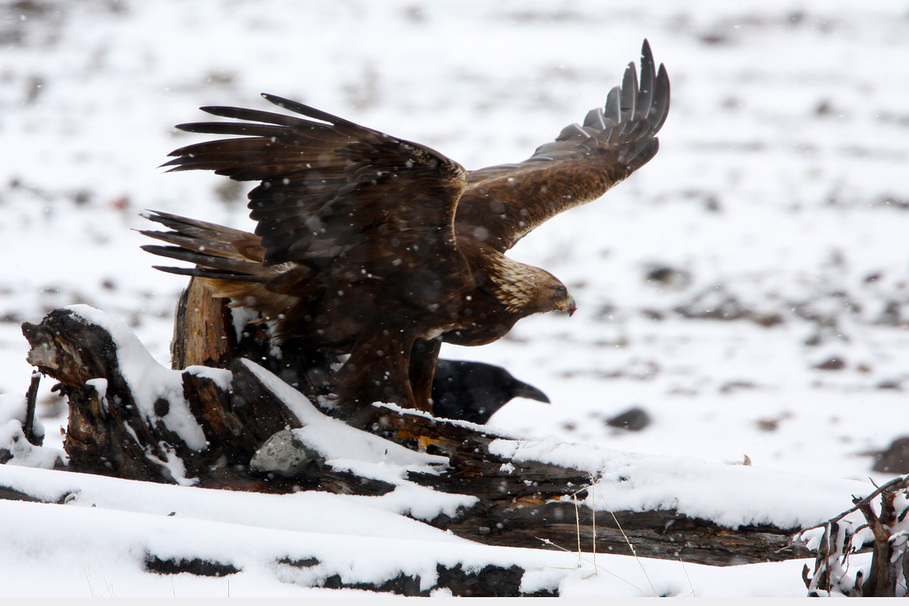 ​A golden eagle was recorded for the first time in decades at Riverwood the park where work where I work. The park spans the Credit River in Mississauga, and is only minutes away from one of Canada's largest shopping malls. The eagle was seen by two of our volunteer birders and they know their birds so there is no doubt about the accuracy of the sighting.

Golden eagles are one of North America's largest raptors and have a wing span often over 2 meters (6 feet). Locally only a young bald eagle or a turkey vulture come close in size. Turkey vultures are easy to identify because of their bald red face and their overall black appearance. It is easy to mistake an immature bald eagle for a golden eagle as both are brown but this bird was clearly an adult golden eagle, complete with "golden" head.

Golden eagle have a range that includes most of the Northern Hemisphere. Across this huge area it feeds on a variety of prey including turtles, goats, rabbits, marmots, fox, ground squirrels and the young of mountain goats, ibex, deer and wild goats. It has also gained a reputation as a killer of domestic sheep and goats and folk lore has it carrying off human babies.

While the amount of economic damage it does to farmers is debatable it has never-the-less been a species that until recently has been persecuted. Today it is recovering from its heavy losses because its value to the world's ecosystems has been recognized and the bird has gained protection under the law. The true economic value to  agriculturalists is now recognized as it helps control rabbit, ground squirrels and other consumers of our grain producers. Across its range over 200 species of animals have been recorded as prey.

It is not known to fish in the manner that bald eagles do but there is little doubt that the one seen at Riverwood was lured there by the Credit River's fall salmon run. Most of the salmon in the river are Pacific salmon and these fish die after spawning. Golden eagles are not above scavenging a meal and the annual run provides a bounty of easily obtained carcasses.

Most of my encounters with this eagle have been out west or in Alaska. In many people's minds the golden eagle is a bird of remote wilderness mountains but in fact it is more a bird of the open tundra, plains and steppes.  I've seen it most often scavenging wolf kills, often sharing the remains with ravens and bald eagles. But I welcome the possibility of seeing one just minutes from where I live.


​
​​Note: A version of this article first appeared in Bob Izumi's Real Fishing Magazine. It is used with the permission of editor. 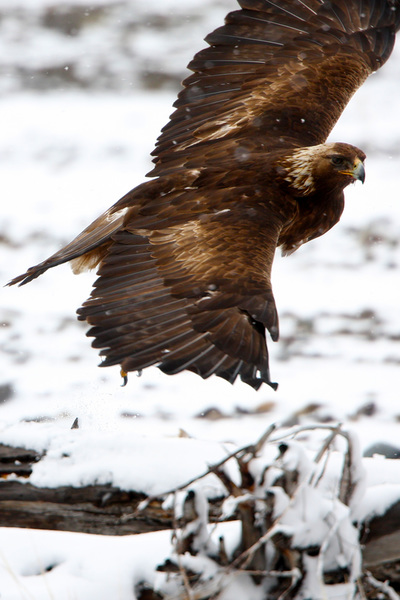 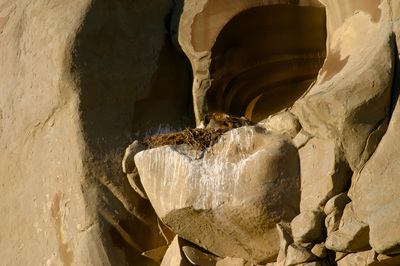 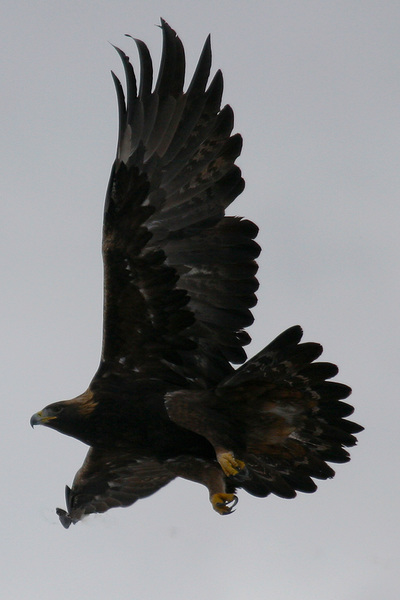 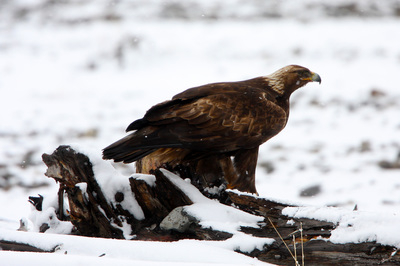