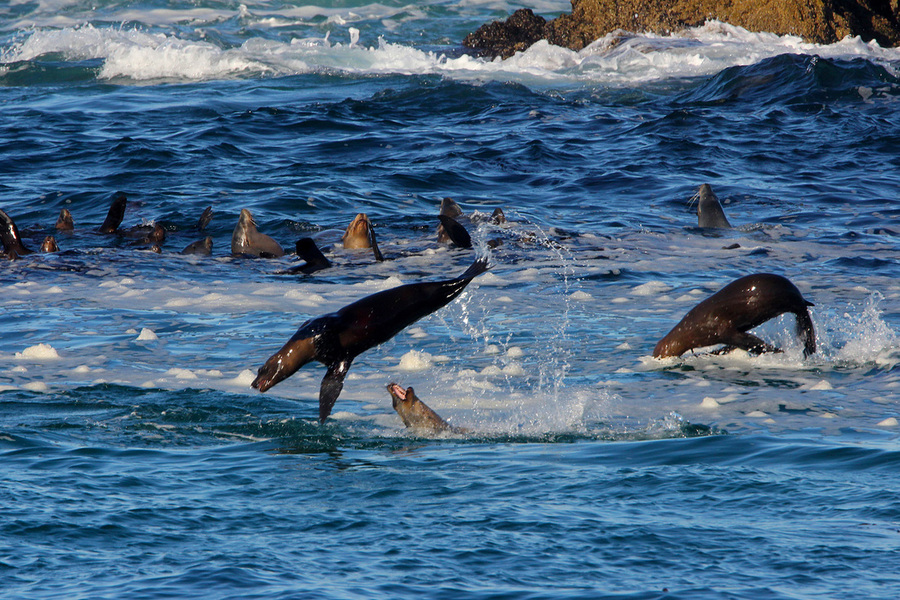 ​Anyone fortunate enough to fish the western coastline of North America form British Columbia to Northern Mexico has probably encountered the California sea lion (Zalophus californianus).  These are the "seals" most often associated with marine parks such as Sea World and Marineland. They are intelligent animals and easily trained. They are not true seals however.

Noisy and gregarious, sea lions are often heard before they are seen. Each year on islands and safe coastal beaches thousands of sea lions come ashore to breed. Most of these breeding colonies are along the California  and Mexican Coasts. Males come ashore first, usually in early May, and stale a claim to a piece of beach front property. Rival males contest them for these territories but the real battles begin when the females arrive. The beach masters try and corral as many females as possible in their territory. It is a bit like herding cats, made worse however because other males are intent on stealing cows from each other as well as that beach property. The cows are not passive bystanders in this by any means. They choose their mates and if the bull over there happens appears to be a better mate then...

Into all of this confusion arrive the pups. They are born early on as the females have a gestation period of about a year. Soon after giving birth the females mates but not all females mate at the same time. Male rivalry intensifies and battles can become quite serious. Mature bulls weigh around 360 kilograms (850 pounds) and when two of these heavy weights battle they simply go over any females or pups. For the 100 kilogram females (220 pounds) this can be trying but for the pups it can be downright deadly. Many are crushed.

At the end of breeding season the sea lions leave their beaches and head out to feed for the rest of the year. It is then that they start to show up as far north as British Columbia and even into Southern Alaska. Their food preferences run to salmon, hake, squid and other fish. Predators are killer whales and white sharks.
​
​​Note: A version of this article first appeared in Bob Izumi's Real Fishing Magazine. It is used with the permission of editor. 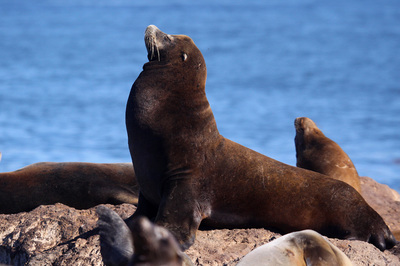 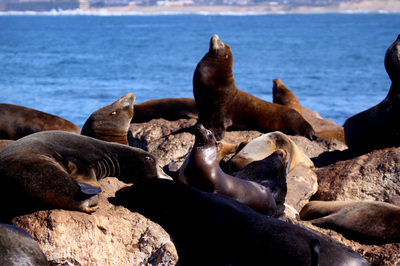 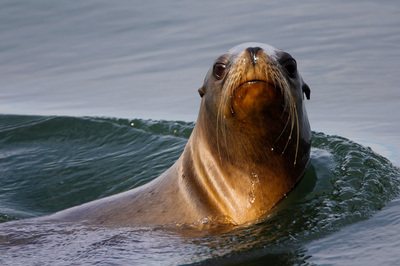 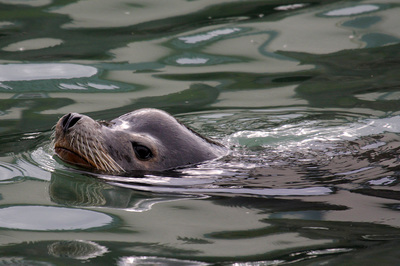