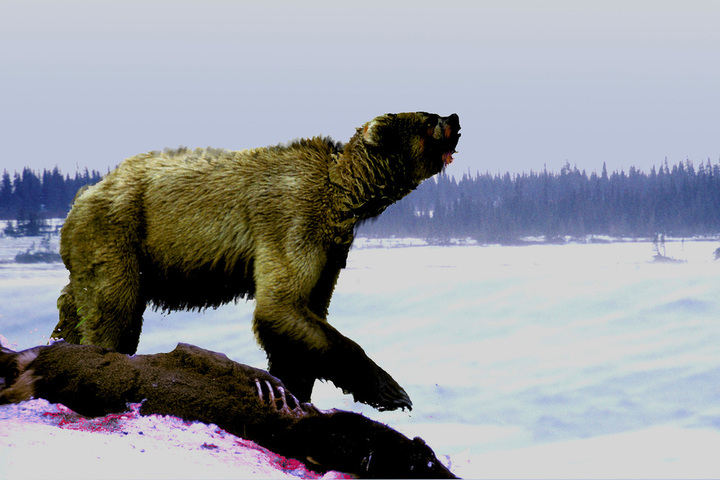 This bear was the largest mammal predator to walk North America during the ice age and quite possibly the largest predator of any type since the end of the Dinosaurs. Unlike modern bears it had long legs and a very short face. This has led to some debate as to its true role in the ecosystem. Was it a hunter or a scavenger?

The long legs suggest it was capable of running down prey but others argue that they were ideal for carrying it long distances across the countryside looking for carrion to scavenge. Its great size is somewhat ambiguous too. Was it big because it needed to be to bring down the mega-herbivores of its time or was it big to scare off dire wolves and sabre-tooth cats from their kills?

The answer probably lies in a compromise. Like modern day lions, grizzlies and many other large predators whose behaviour we have been able to study, the giant short-faced bear was probably an opportunist. It was capable of hunting under the right circumstances but also had no aversion to stealing other species kills or feeding on carrion.

Its short nose and enlarged nasal passages are believed to have given an excellent sense of smell ideal for detecting carcasses and hidden prey.

It certainly was more of a meat-eater than modern day bars with the exception of the polar bear. Analysis of its bones (which can be analyzed to reveal food preferences) shows that it was almost exclusively a meat-eater.

The short-faced bear along with the other large predators of its time may have played a role in keeping the grizzly bear out of the continental USA and confining the black bear to the forest. Grizzlies existed in Alaska for as long as the short-faced bear was around but unlike many other Asian species the grizzly bear never penetrated south of the ice fields during its may interglacial periods until the very last one…some 12,000 years ago. It has been suggested that the smaller grizzly could not compete with its distant cousin. (However, it should also be pointed out the short-faced bear never penetrated Asia even though many other American species did.)

Black bears predate the arrival of the short-faced bear and it has also been suggested that the presence of the larger bear may have helped confine it to the forest. Both blacks and grizzly bears would have been prey species for the larger short-faced bear.

Both grizzlies and short-faced bears co-existed for a short period of time in Southern California but within a 1000 years the giant-short-faced bear was extinct and the grizzly was well established.

Both these bears prefer open county so why did one prosper and the other vanish? Grizzly bears are omnivorous and could adapt to the changing ecology of the continent better than the short-faced bear. As the mega-herbivores declined and the forests replaced grasslands the big bear was doomed.

A short-faced bear does survive in the forested mountains of South America. The spectacled bear is the closest living relative of the giant short-faced bear but it is smaller than a black bear. 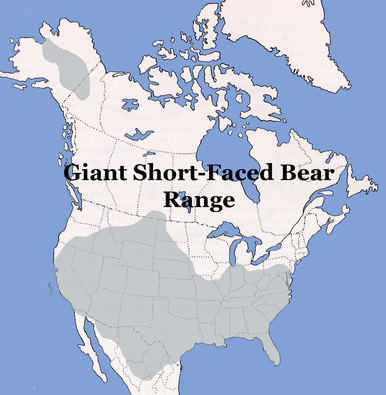 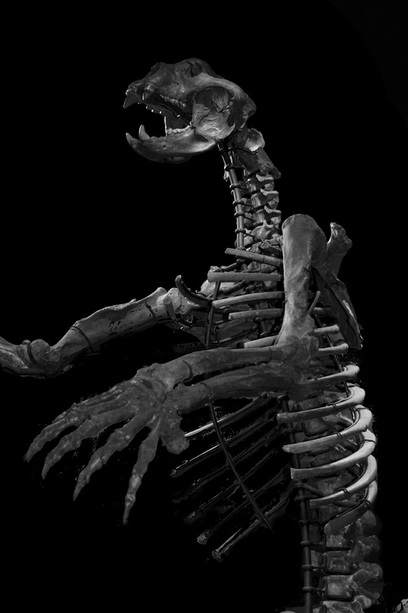 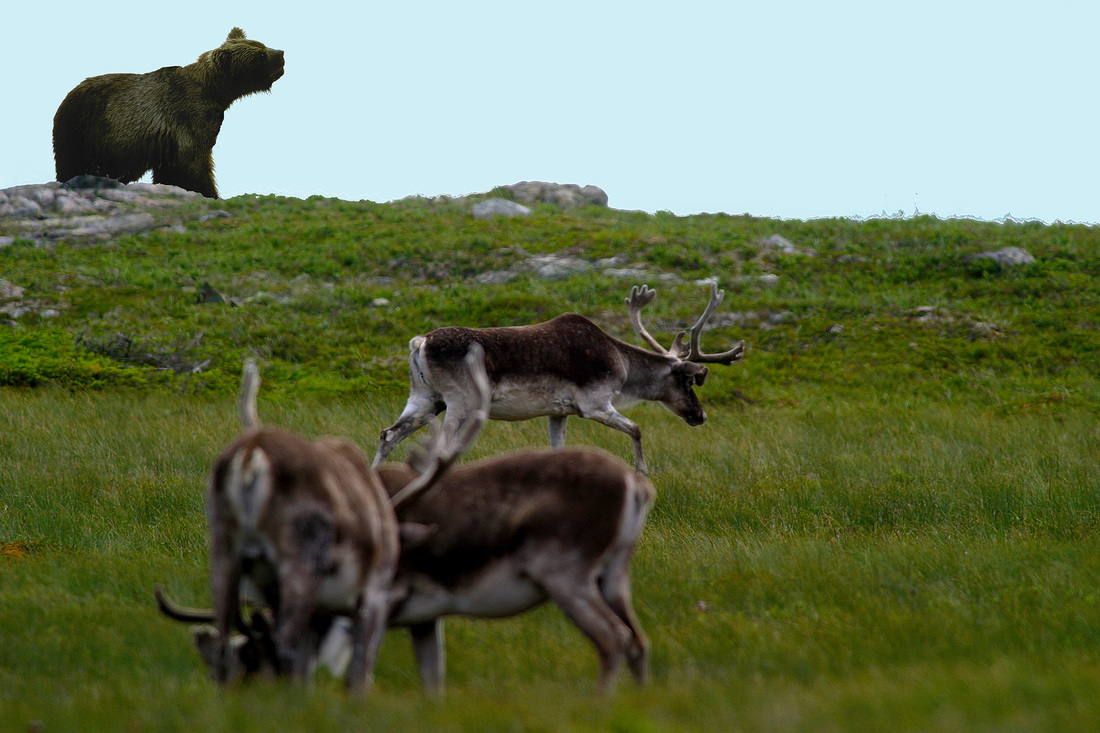