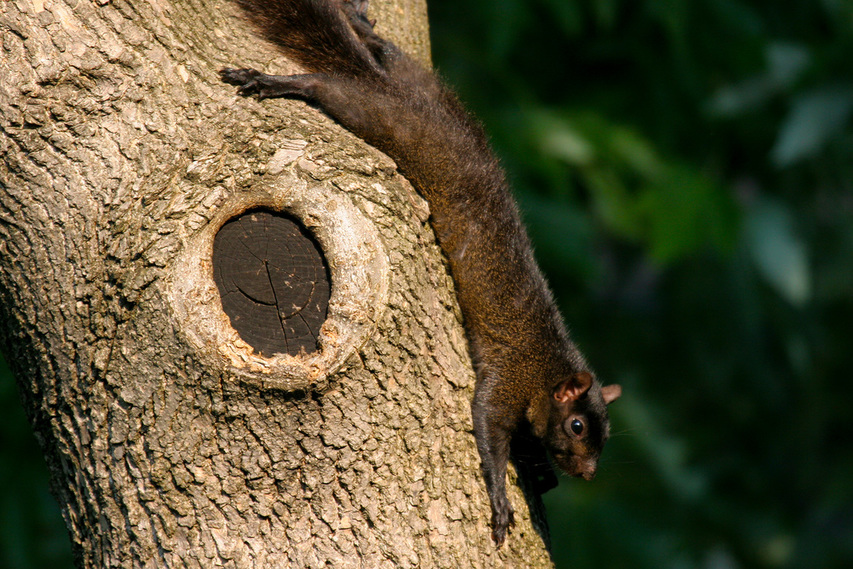 ​The grey squirrel is so common in Eastern North America that it is probably one of the most overlooked animals, dismissed as "just a squirrel". I know I am guilty of ignoring it as a photographic subject, just as I ignore a flock of Canada geese feeding on a lawn.

Spend just a little time observing these squirrels and you quickly see that they are far from boring. In the spring they include in their diet young nestlings, hardly something one would expect from what most assume is an animal that eats only nuts.

Then there is the matter of colour. This squirrel comes in two major colour phases; black and grey. Black "grey squirrels" are predominant in the northern part of the species range where the colour is better suited to the cold winter weather. Grey-coloured grey squirrels are found in the south. I live in  Southern Ontario which is about the mid-point in the species' range. Here both colour phases are evident. The squirrels that live in my neighborhood are about equally split with no one colour dominating.

A typical litter here will consist of both grey and black colour phases. White morphs, while rare are sometimes found in city parks where predators are also rare.

At one time, when the forest cover was unbroken several million grey squirrels called Ontario and New York State home. Early settlers wrote of mass migrations of the squirrels moving through the canopy and even swimming across the Niagara River. such sites are now part of history. Still as we reforest our urban centres squirrel numbers are increasing.

Unlike chipmunks, ground squirrels and marmots this species of squirrel does not hibernate. Only during the worst of winter will they curl up in their dreys (a leafy nest) or in the hollow of a tree. They survive on the nuts and acorns that remain on the tree and on the thousands they have buried.

Squirrels have remarkable memories and recover over 80% of the food they stored away during the summer and fall. The 20% they don't find have a good chance of growing into the next generation of trees. There role in helping plant new seeds in the forest is an important one.

Grey squirrels will move to areas where there is a good mast. I've seen as many as 50 squirrels feeding on the seeds of the sliver maples that line a park road where I work. When the seeds are consumed the squirrels move on and are not seen in such large numbers again until next year.

Grey squirrels have been introduced to many parts of North America where their range did not originally extend. They were unfortunately also introduced into the British Isles where they have forced the European red squirrel almost to the edge of extinction.

One way or the other, if we relegate the grey squirrel as "too common" and not worthy of our attention we are overlooking a interesting member of our local ecology
​ 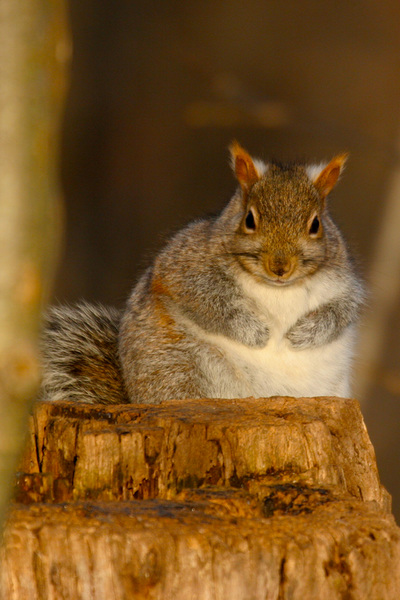 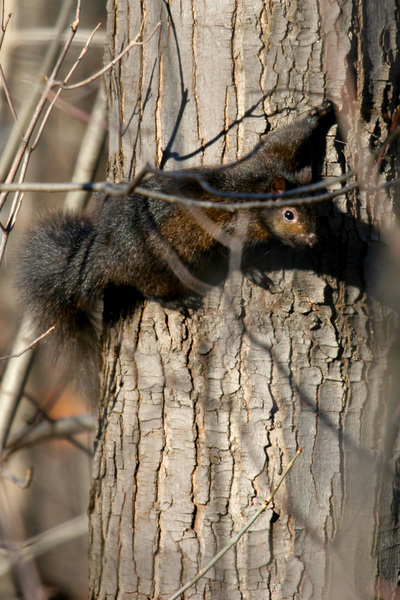 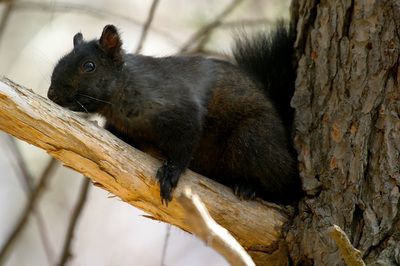 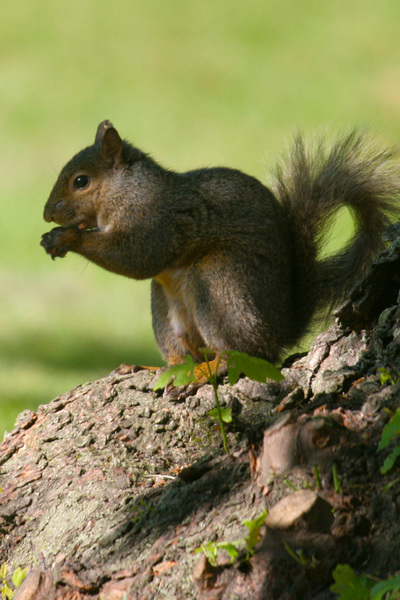 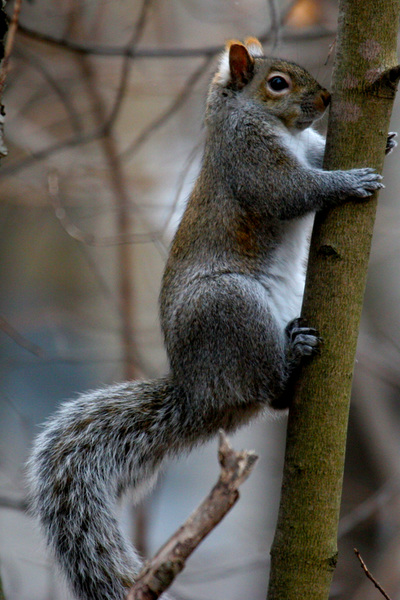 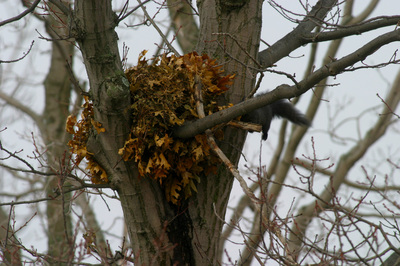