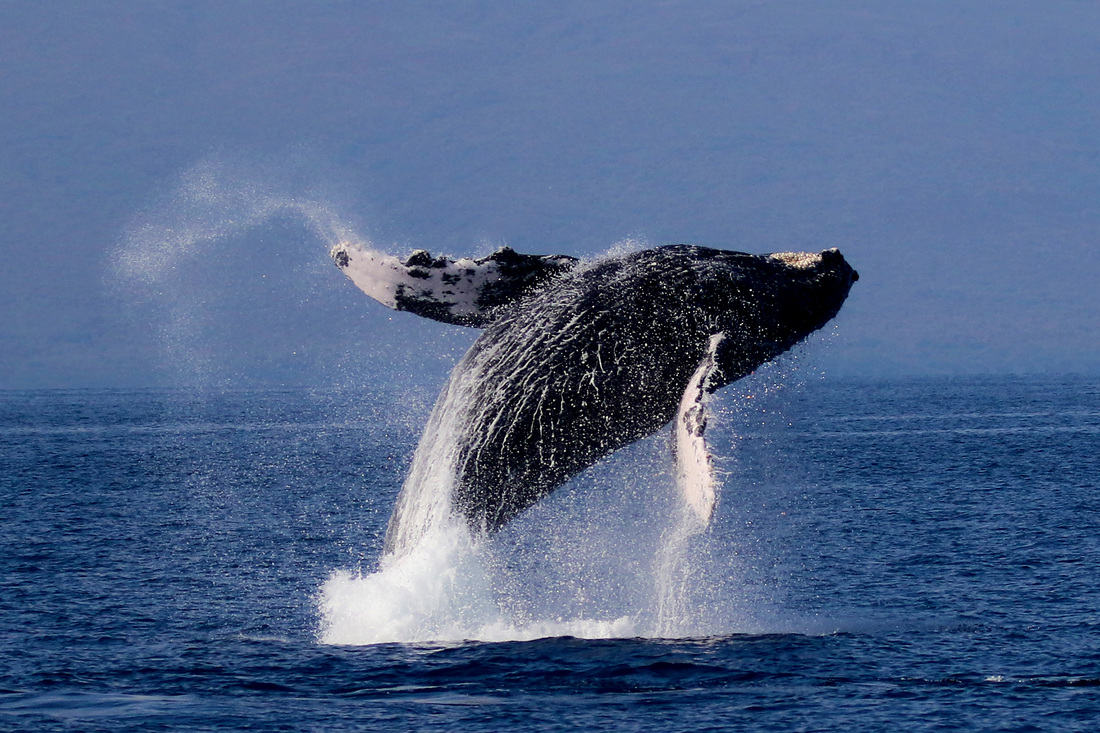 Even Big Things Can Be Hard to Photograph

Over 10,000 Humpback whales migrate to Hawaii each year to overwinter. My wife and I planned a trip to the islands to coincide with their arrival. As it turned out they were a few months late in getting there thanks to El Nino warming the Pacific waters up in Alaska. They were supposed to be there in November but were noticeably absent until the second week of January. We were up in Volcano doing some rainforest shooting when we saw on the news that the “whales had arrived”. For tourism operators this was a big deal.

(The take home lesson: No matter how much you do your homework about animal migration and behaviour it may not guarantee your success. Nature’s rhythms can vary quite a lot from year to year and most of which you read/see is generalizations based on previous year’s observations.)

It was just a few days later that we travelled down from the highlands to the coast and whales were everywhere. We could see them from the beaches and the cliffs. But they were at least a kilometer away and even a whale looks small at that distance. I did get some images but nothing like what I hoped to get. Fortunately there were lots of people willing (for a price) to take me whale watching.

The ocean waters around Hawaii’s islands were rougher than usual (again…thanks El Nino) but no so rough that it made people sea sick (there were some exceptions to this). I would make a total of five tours to see whales and on each and every one we saw whales breach. I learned some valuable lessons on those trips.

A humpback whale maybe very big ranging from 12 to 16 meters in length and weighing over 30,000kilograms but the ocean is much, much bigger. Spotting whales was really pretty easy. Their blows were easy to see even at a distance and if you couldn’t see them you just looked for other whale watch tours.

Humpback whales can vanish quite quickly if they choose to by simply doing a deep dive and then powering themselves away. But these whales seemed pretty use to the throngs of people watching them. They put on quite a show: fluke slapping, tail slapping, bubble charging, diving and just generally showing off in front other whales. All of this was pretty easy to capture on film.

But the one thing everyone wanted to see was a breach. And see them we did and some of them were so close to the boat that the splash landed on us. But capturing the action with a DSLR? Well that was another matter. The longer the lens you carried, the poorer your chances became.

A humpback’s breach lasts at best a few seconds. There is no “hang time”. The boat is bouncing. You have a 100-400 zoom lens (with cropping that became 160-560 mm) and about three to four seconds to locate the whale, focus and fire. There is no indication that the whale plans to breach. It just does and it will be somewhere in a 360 degree circle around you and anywhere from a few meters to over 1000. You have to be “gunfighter fast” on the draw, steady, and your camera has to have the fastest of focusing speeds and you need a good deal of luck.

I had a little bit of the former going for me and a great deal of the latter when I got my best shots. I just happened to be watching some whales when suddenly one breached among them. I fired and was rewarded with 20 images of the humpback breaching. At 10 shots per second that meant that from start to finish the action lasted 2 seconds. 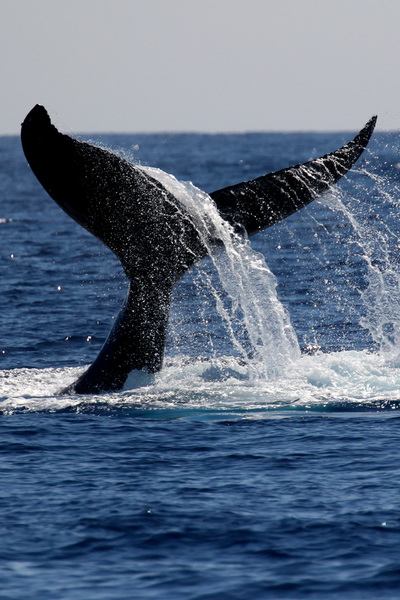 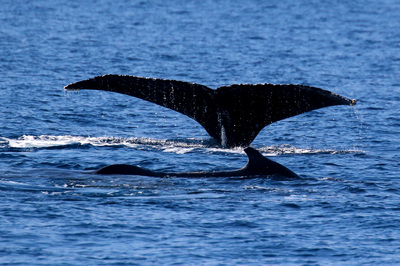 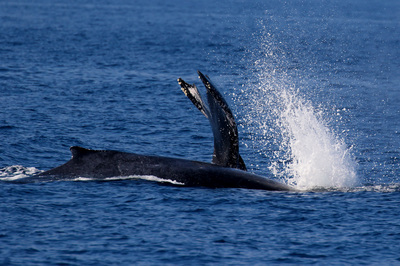 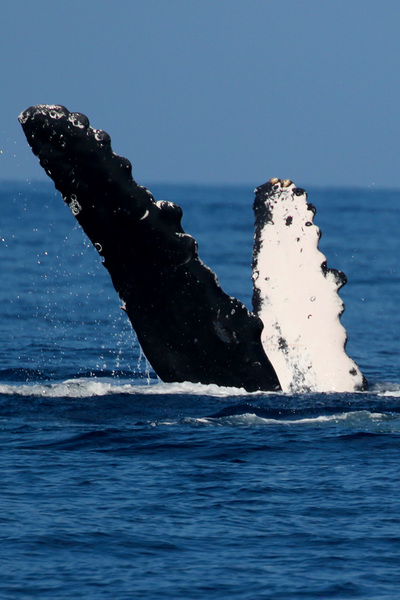 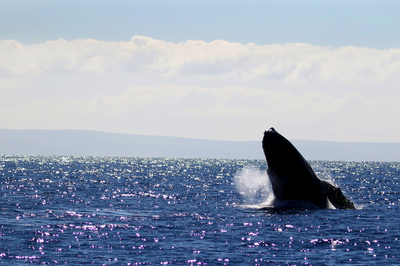