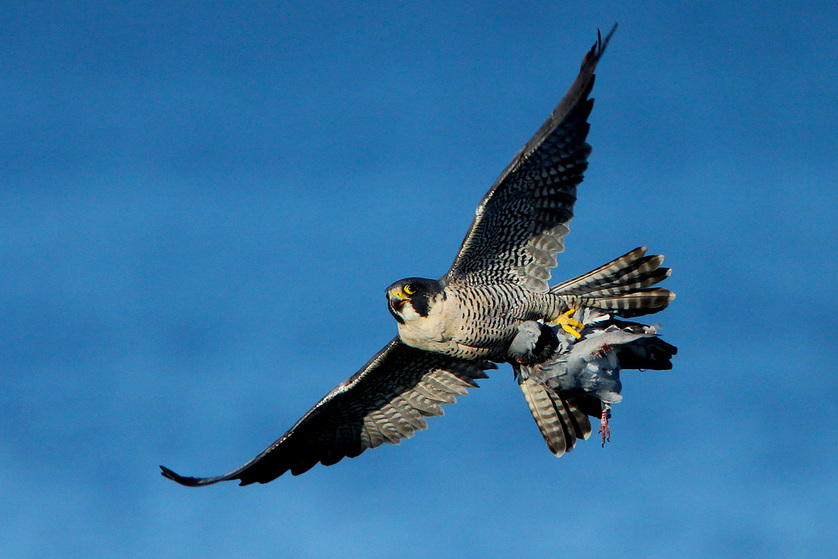 ​I was on a long pier in the GTA where anglers often gather to try for salmon before the fish head upstream to spawn.  I was hoping to photograph some of the large schools of ducks that had gathered in the shelter of the river’s mouth when suddenly a blur of movement caught my eye. Seconds later I had my camera focused on a peregrine falcon that had just snatched a pigeon in mid flight.

Peregrine falcons were quite literally the poster boy for the campaign to remove DDT from North America’s arsenal against insect pests. During the 1950’s the numbers of these birds across North America went into steep decline and in many regions of the continent the birds were extirpated. DDT once it got into the food chain built up in the peregrine’s body and caused the females to lay extremely fragile eggs that often cracked upon laying. The banning of DDT eventually removed the threat but other steps were required to bring back this species from the brink of extinction.

Wildlife and conservation groups embarked on an ambitious plan to reintroduce the peregrine falcon focusing largely on the Eastern United States and Southern Ontario where the birds were very hard hit by the chemical. Young birds from captive breeding programs were hacked (hand raised by people hidden behind glass). Peregrine puppets were used to feed the birds to keep human contact at a minimum.

In Ontario these programs were tried in a variety of sites. Obvious ones would be the cliffs of remote lakes in Algonquin Provincial Park but surprisingly birds hacked in major cities did particularly well. The reason the birds did so well in city cores had to do with two factors. The tall buildings mirrored the birds’ preferred nesting habitat (cliffs) and abundant rock doves (pigeons) provided a ready source of food.

Hacking boxes were replaced with nesting boxes as the number of wild free roaming falcons grew. Cities like Toronto are now home to several nesting pairs. The peregrine falcon is back.

There birds are believed to be the fastest living creatures on earth. When a falcon stoops (dives) on its prey be duck, pigeon or song bird it can reach speeds in excess of 300 kilometers per hour. It strikes its prey with its talons balled up and then turns and swoops down on it and grabs it.

It’s a spectacular sight to see and one that its now possible to see throughout its reclaimed range.
​ 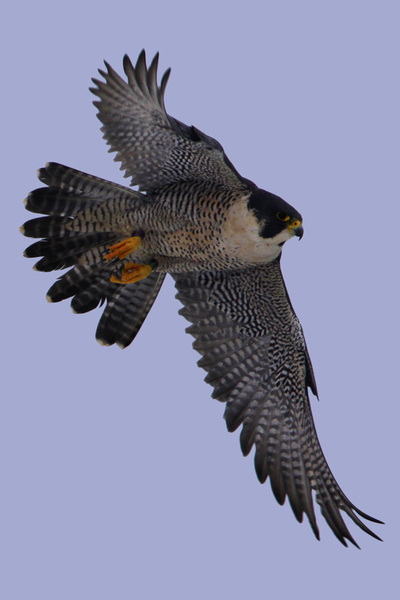 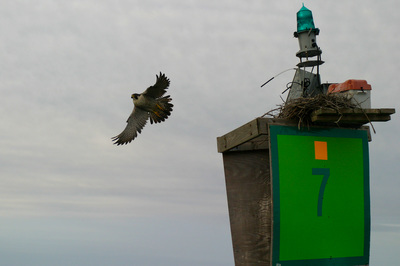 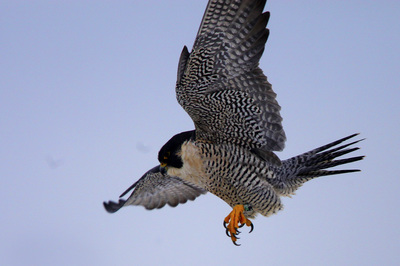 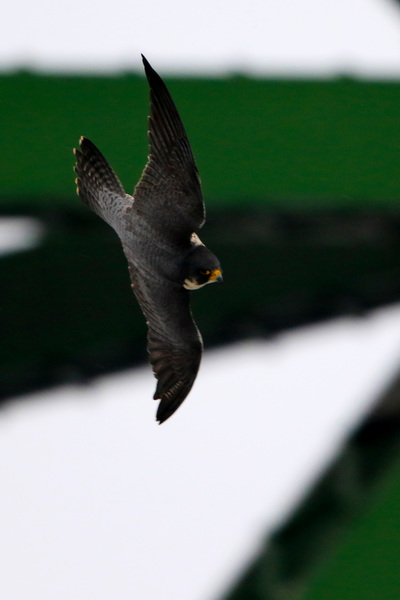 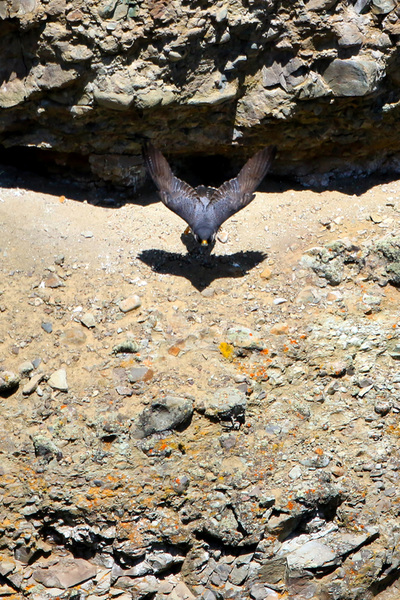 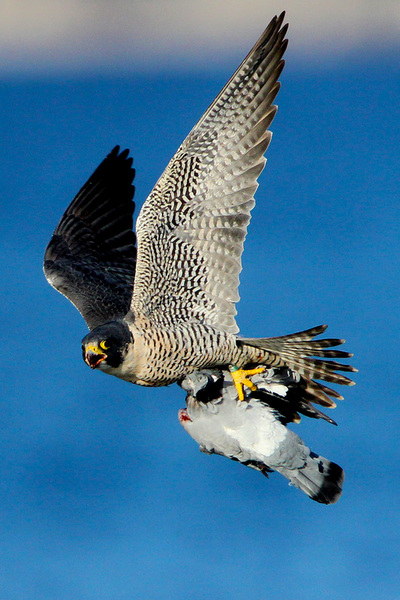 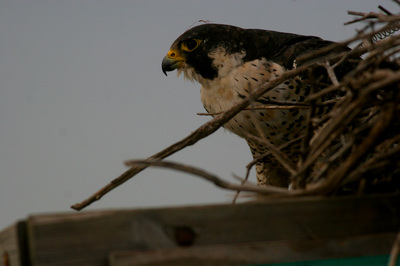 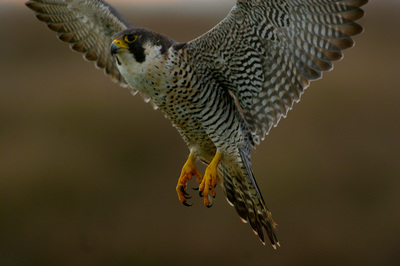